Fantastic events lined up throughout the year!!

Did you know AFOS' first meeting was held in Hawaii in 1970?  Join AFOS to kick off a great 50th Anniversary year in Hawaii!  To help commemorate and celebrate, AFOS will be with the Pacific University at the 2020 Island Eyes Conference in Maui, Hawaii January 19-25, 2020!

Time to celebrate our big anniversary! SECO International has graciously hosted and supported AFOS for many years and we are excited to commemorate 50 years with them in Atlanta.  Join us at the Ritz Carlton for a fabulous meeting, service mess dress formal reception, and much more.  The AFOS meeting will be held March 2-3rd followed by the SECO meeting March 4-8th, 2020.

AFOS will be at AOA Optometry's Meeting at the Gaylord National Resort & Convention Center on the Potomac River in Washington, D.C., June 24-28, 2020.  We will be hosting a reception to celebrate our 50th Anniversary and honoring ADM Michael Mittelman’s induction in the National Optometry Hall of Fame.

Join AFOS and SECO overseas and the Association of Optometrists (U.K.) at the Therapeutics London 2020. This meeting is a unique opportunity for U.S. and U.K. optometrists to network with one another and compare optometric practice in the two countries.  The event will focus on therapeutic management of a variety of ocular diseases through specialist workshops, lectures and peer discussion. You will be able to earn 10+ hours of COPE continuing education and will be held in September 20-21 in London. 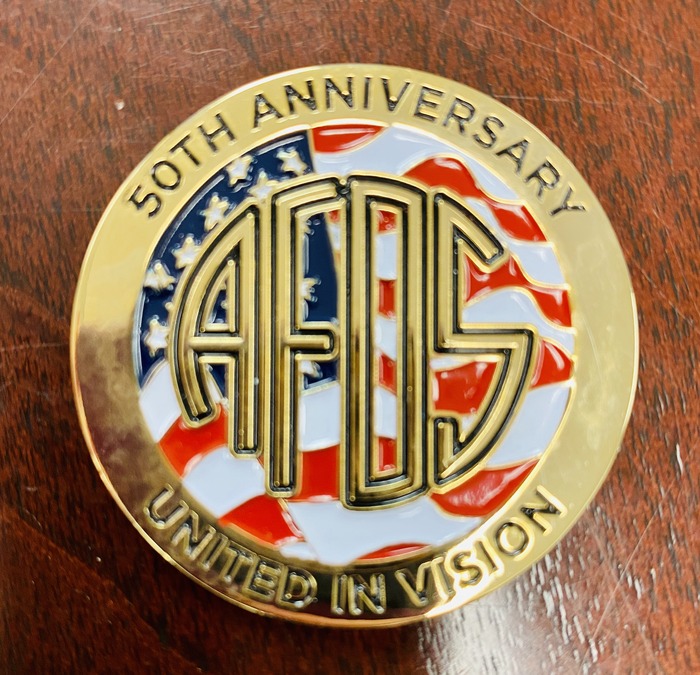 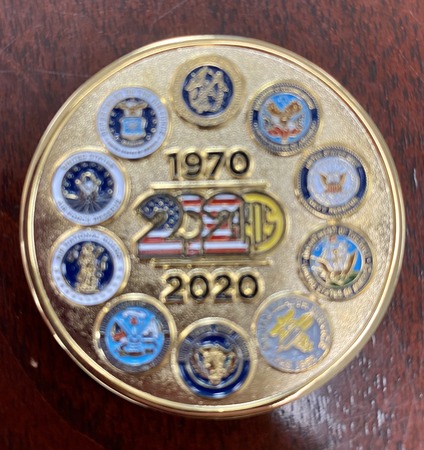 Challenge coins represent organizations, units, and teams. They can also represent an achievement, an anniversary or a special event. They build close-knit, lasting bonds between people who receive them and represent unity. They have a long-standing tradition in military history.

Help celebrate our big anniversary with an AFOS 50th Anniversary Polo. Sport-Tek® Micropique Sport-Wick® Polo by Nine Line Apparel.  A veteran owned and founded company since 2012 with all production in the US in Savannah GA!  "Founded by Patriots for Patriots".

Shirts can be ordered and mailed or distributed at the October AAO Meeting.

** Unfortunately, we are sold out of our Men XL at this time.  If interested in this size, please email Dr. Wright directly to be put on a list. 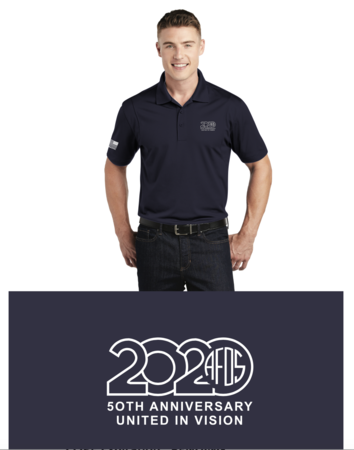 Find out about upcoming events.